What Happens When Your Video Goes Through Post-Production 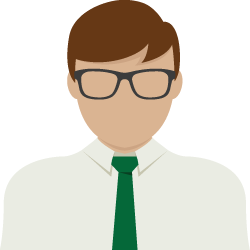 What Happens When Your Video Goes Through Post-Production

Are you making a commercial and you're starting the post-production process? If so, you will want to have expectations for how the process will go. Here is a basic overview of what will happen when your video is in the process of being edited.

Everything starts with ingesting the footage into the server so that it is accessible by the video editor. They'll start by going through the footage, organizing it, and making sure that any external audio is synced to the video. It will take a few days for this part of the process to happen as the video editor gets familiar with all of the footage that was shot. They'll also be pulling selects of their favorite takes so that they can be used in the final edit.

The editor will put together their first pass at editing the video, known as a rough cut. Understand that this is a very preliminary version of the video. The timing may not be correct, the right takes may not be in it, and it won't have a final audio mix or color correction. The purpose is to look at the overall content of the video and if it is working or not.

When you give comments on the rough cut, think of giving more general comments that will help guide the editorial process. Don't comment on the color, the audio mix, or the graphics being used. Evaluate it to see if the video itself is telling your story and if the message is clear or not.

The editor will continue making improvements to the video based on your initial feedback, as well as the general things that still need to be done. Expect to see different takes used in the next cut, new music, better graphics, and things of that nature.

After each cut that is shown you'll be given a chance to make comments so that the edit can be revised. Know that you should be giving focused comments to drive the editorial process forward, not making suggestions to start from scratch. If so, you could end up going over budget.

There will be a point where you approve the contents of the video and you have a picture lock. This means that the timing and shots being used will not change, and the editor can move on to the finishing process. This is when the final audio mix and color correction will be done, as well as polishing any graphics that are used in the video.

You'll then be presented with the final video for final approval. If you like it, the editor will move on to making deliverables so that your commercial can be sent to stations to air.

To learn more, contact a corporate video production service in your area such as Jolly Roger Images.